Published on January 8, 2020 by Skateboarding Videos

There are only a handful of days during the pre-season lull that leaves athletes some time to do as they please. As Jake Pates gets ready for his upcoming winter and competitive circuit, we had a chance to hang with him on one of these down days in his hometown of Eagle, Colorado.

One of the most pivotal moments in Jake’s career was his Dew Tour debut in 2017 where he took first place in the halfpipe, securing his spot on the US Olympic Snowboarding team, and sending him to compete in the 2018 PyeongChang Winter Olympic Games. At 21 years of age, Jake has a lot of great things ahead of him, along with the skills and talent to get them done.

What’s a day in the life of your favorite athlete like? We decided to find out. Between traveling for weeks at a time, premiere tours, video projects, competitions, and more, daily life for an athlete can be unorthodox. With no external pressures or plans, we’ll document their day as it naturally unfolds and provides a glimpse into a lifestyle not often seen by the spotlight, creating a unique chance to see how your favorite skiers, snowboarders, and skaters thrive in their own personal environments.

Get social with us!

Dew Tour – When you’re a professional competitive snowboarder, having a family that supports you no matter what can make all the difference, especially in a world of overzealous soccer moms and football dads. Red Gerard is used to being part of a large family, and is now one of eight siblings, as they’ve recently welcomed a newly adopted baby brother into the fold. Another important member of Red’s family is his brother Kai, who has always been around to document Red’s riding on video. There are obvious perks to having a filmer available on-demand, especially one who you’ve spent your entire life with. Plus, he was one of the masterminds behind suggesting the build of Red’s original backyard park, which is situated on a hill behind his Colorado home. This idea has now blossomed into Red’s Backyard, a series of terrain park installations created in conjunction with Woodward at their locations across the country and are designed to foster an atmosphere where riders can practice their skills without having to pay for a lift ticket. Directed by Jeremy Pettit Archival Footage Courtesy of: The Gerard Family Subscribe to the Dew Tour channel!http://www.youtube.com/subscription_center?add_user=dewtourlive Get social with us! Instagram: http://instagram.com/dewtour Facebook: http://facebook.com/dewtour Twitter: http://twitter.com/dewtour Periscope: http://periscope.tv/dewtour
February 19, 2020

Setups: Chase Josey’s Fully Packed Board Bag Has Everything He Needs |…

Dew Tour – We caught up with US Snowboard team rider Chase Josey on one of his down days before the start of the competition season to poke through his board bag. The young halfpipe ripper carries the key essentials for competition days on the hill and all the gear he needs to stay on top of his game. Dig through Chase’s board bag as he goes through all his outwear, the technical details of his snowboard, and more, in the video above. Chase Josey Snowboard Setup Board Bag: Capita Team Boardbag Outerwear: USA Snowboard Team x Volcom Collab Snowboard: Capita Outsiders 158cm Bindings: Union Team Binding Goggles: Smith Optics I/O MAG Boots: Burton Driver X Subscribe to the Dew Tour channel!http://www.youtube.com/subscription_center?add_user=dewtourlive Get social with us! Instagram: http://instagram.com/dewtour Facebook: http://facebook.com/dewtour Twitter: http://twitter.com/dewtour Periscope: http://periscope.tv/dewtour
February 13, 2020 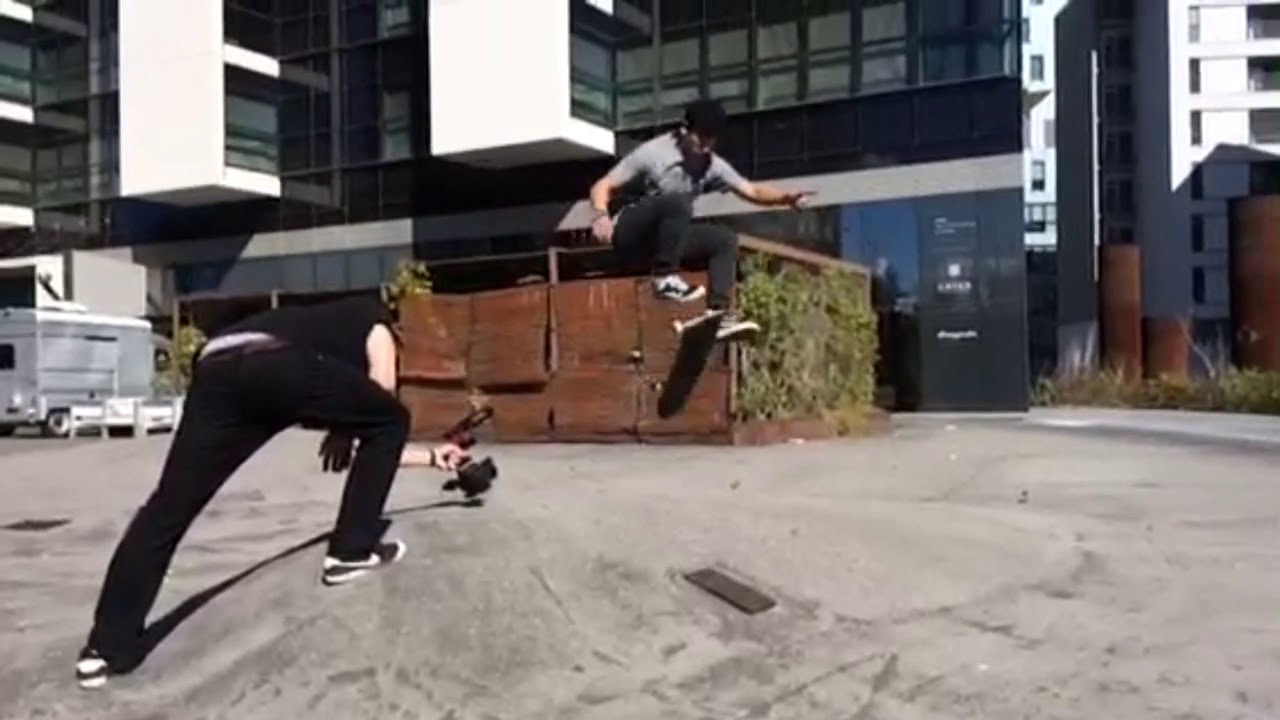 Zumiez – Now in its 34th year, the Legendary Baker Banked Slalom is the longest running snowboard race/banked slalom competition in the United States. One of the biggest and best snowboard industry competition events still around, anyone can compete- from amateur kids all that way up to 50+ year old legendary pros. Zumiez engage with racers, customers, and local patrons alike.
February 26, 2020
FA WORLD ENTERTAINMENT

Time Does Not Heal All Wounds | FA WORLD ENTERTAINMENT

ThrasherMagazine – Through every blood-shedding battle, Roberto pushes through the pain to get clips for the ones who are no longer with us. Maybe that’s why every slam makes him more stoked, even as he shoulder-slides 15 feet across cheese-grater ground. Keep up with Thrasher Magazine here:http://www.thrashermagazine.comhttp://www.facebook.com/thrashermagazinehttp://www.instagram.com/thrashermaghttp://www.twitter.com/thrashermag
February 25, 2020