Published on January 31, 2020 by Skateboarding Videos

“I have a special connection with La Gravière,” Jeremy Flores says. “I’ve been surfing there since I was super young, but I used to feel like I had a love/hate relationship with the wave. I would have so much fun free surfing there, but would seem to struggle in contests.”

Jeremy won the 2019 Quiksilver Pro France in a rowdy way, dropping the highest heat totals in nearly every round leading up to the final. He had found a rhythm, a zone. He was unstoppable.

“Ever since I won, I feel like I have more of a supernatural connection to the waves here.”

Want proof? France has been firing lately and Jeremy has been on it. Press play to watch one of this generation’s best tube riders do his thing.

But before you do, here’s one last note from Jeremy.

“I think the best thing about surfing in winter is being able to share an uncrowded lineup with your friends [like Marc Lacomare, who has a cameo in this clip]. Even though I’m an island guy, I had a day where I surfed for six hours in a five mil. Years ago, there’s no way I would have done that — but suits are just so good these days.”

We agree. Now, get to frothing.

Filmed by: Andy Benetrix // Laurent Pujol // David Rip It Up

Quiksilver – Three skiers. Five days. $10k on the line and an opportunity to impress the judges at any given moment. Things were bound to get wild at Quiksilver’s 2020 Young Guns Ski Final. Daniel Bacher, Max Hitzig and Jack Lovely began their Young Guns journey by posting on Instagram and ended up all together for the final around Mont-Blanc Natural Resort in Chamonix, France. Simon Hillis was meant to join them but unfortunately injured himself warming up for the event. So then it was three — and, of course, the judges. Sammy Carlson and Twig Spensley, the Editor In Chief of Newschoolers. The five days became a blur. The Young Guns sought and charged bold lines. They built kickers. They hiked into the backcountry and found cliffs to send. And then, of course, there was the heli-skiing day. It all flew by. Before anyone knew it, it was the final day. Everyone ripped, but Danny’s style and creativity helped him stand out from the rest. Kid’s got a big future — that’s what Young Guns is all about. http://quiksilver.com/younggunsski
March 6, 2020 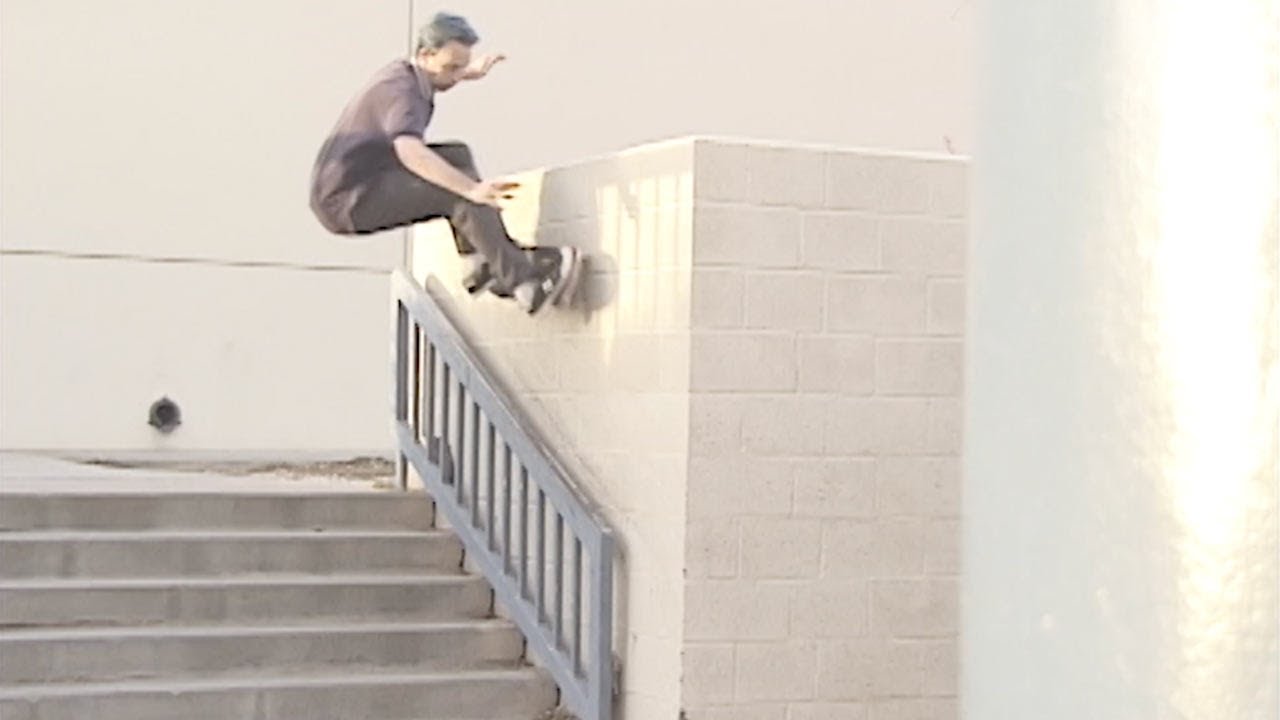 Here is the amazing Unabomber video ‘Headcleaner’ from 2001. When putting together our recent Ode To Victoria Benches article we reminisced about some halcyon days committed to film. Eager to immerse ourselves in Toby Shuall’s part from this video we dipped into the infobahn . Our initial trawl for a good quality version of his part from this gem proved fruitless until we were helped out by Ryan Gray. This got us to thinking we should share the wealth for those of you who have never seen it and for those who have, especially during this strange time. Enjoy this transmission.Cast: Slam City Skates
April 5, 2020

Max Williams – A small look inside of Costco Wholesale in Chicago, IL during this Corona Virus (COVID-19) epidemic of how packed it is.
3 weeks ago
veganxbones

Stüssy – ‘How Original’ A video by Jared Sherbert. …